The Ant Learns the Impact of Social Media 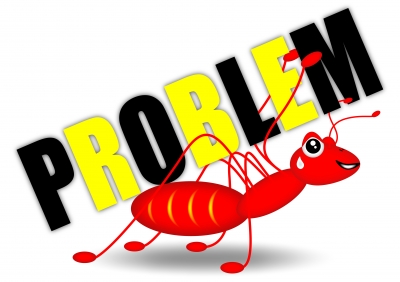 In a field one summer’s day the Grasshopper was relaxing with his feet up. In his lap was his laptop and whenever his phone went off he would pick it up while he responded to his Tweet or Facebook comment. The Ant passed by with his large briefcase hoping to knock on doors and visit local businesses.

“Sorry, can’t speak right now,” said the Ant, “I have set the goal to knock on 100 doors today so I can get more customers and I don’t have time to waste.”

“That’s fine” said the Grasshopper, “best of luck to you. I hope you exceed your goals.”

The Ant stopped and said to the Grasshopper, “Aren’t you going out into the field?”

“Sorry, got to go! No time to waste!” shouted the Ant as he rushed away into the field.

As the sun set and the Grasshopper powered down his iPad and cell phone and ended his day. After a dinner with his family, he waited on the porch for the Ant to come back. He thought to himself, if I was this successful then surely the Ant must have sold the entire farm. After 8 PM and the sun had already set, the Ant slowly trudged in front of the Grasshopper’s house.

Looking forward to hearing the great news, the Grasshopper asked the Ant, “How’d your day go?”

In just a few hours the Grasshopper was able to Tweet a message announcing a one day only sale to his 40,000 Twitter Followers and 10,000 Facebook Fans. He had 3 Skype phone meetings, and he used his webcam to record a webinar which he blasted out to his 15,000 e-mail address. Just from the e-mail and another Tweet he was able to schedule meetings which would fill up his calendar for next week.

“It was okay” said the Ant weakly. “I only had time to see about 8 customers. When I met Mr. Duck he wanted to talk and talk and talk, so I didn’t have time to go to that many customers and even Mr. Horse took up an hour of my time. I did set up two meetings, but I didn’t make any sales. I’ve learned my lesson, so I will wake up earlier and stay out later.  Hopefully, I will be able to see 15-20 businesses tomorrow.”

“Anyways, how did you day go?” asked the Ant

“Umm….it was okay” his voice trailed off not waiting to throw his successes in his friend’s face. Earlier that month, the Grasshopper met with a social media expert that explained the importance of social media and how it could grow his business. He even helped him to optimize his website so that customers could make purchases directly on his site. In just a few hours he was able to Tweet a message announcing a one day only sale to his 40,000 Twitter Followers and 10,000 Facebook Fans. He had 3 Skype phone meetings, and he used his webcam to record a webinar which he blasted out to his 15,000 e-mail address. Just from the e-mail and another Tweet he was able to schedule meetings which would fill up his calendar for next week. He read the analytics report which showed that he received clicks leading to sales from his Twitter and Facebook updates. This left him enough time to have a productive lunch meeting with Mr. Owl and close a financially beneficial partnership.

Snapping back to reality, the Grasshopper said “I think this social media thing is here to stay. It works. You should try it out for a little bit.”

The Ant sighed, “Not you too.” He shook his head and walked back home mumbling to himself. The Grasshopper hoped that his friend would one day be able to accept change and embrace the power of social media.

Don’t be like the ant. Accept change. Social media is the future, and it is not an option but a requirement for the success of all businesses.  The world is considerably smaller, so that now business owners can speak with clients on the opposite side of the world in real time. It is estimated that over 80% of Americans use social media. The names will change and the products may look different, but social media is here to stay and it offers incredible potential to prospect, to increase sales, to market products and services, to develop and strengthen brands, to communicate with consumers and clients, and to listen.

Gresham W. Harkless Jr.https://iamgresh.com
Gresham “Gresh” W. Harkless Jr. is the founder of CBNation and Blue 16 Media. CBNation is a Business to Business (B2B) Brand focusing on increasing the business success rate by providing visibility and resources for CEOs, entrepreneurs and business owners. CBNation consists of blogs (CEOBlogNation.com), podcasts (CEOPodcasts.com) and videos (CBNation.tv). Blue 16 Media is a digital marketing agency providing digital marketing services including web design & SEO to small to medium-sized businesses and organizations. Central to his marketing philosophy is that You Are a Media Company: Developing a Marketing Strategy to Connect with Your Target and Reach Your Goals. Gresham is proud a graduate of Howard University & Georgetown University. He also is a graduate of the 2020 Leadership Center for Excellence Young Professionals Program ’16 and recognized by the Alexandria Virginia Chamber of Commerce’s 40 Under 40.
Next Post
Know Your Revenue & Expenses

This site uses Akismet to reduce spam. Learn how your comment data is processed.

If your business is failing, maybe you shouldn’t be in business

How to Increase the Speed of Your Website [2MIN DRILL]

The main difference between rich and poor is…

Menu
This website uses cookies to improve your experience. If you continue to use this site, you agree with it.
Ok